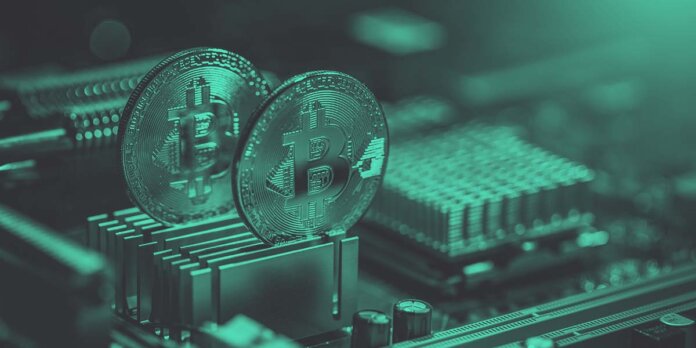 Just about any asset can be tokenized. To offer an idea of the possibilities, we will give some concrete examples below. Practical cases exist for all of these examples.

Their position is similar to that of limited partners in a limited partnership. The payment of the profit participation can be made in euros or a digital currency, such as Ether. In such a case, the payment is made to those addresses on the Ethereum blockchain that are in possession of the tokens. Tokenization turns the capital participation right into a transferable security under EU law.

The profit participation right is very popular due to its flexibility. It can be used for a wide variety of purposes. The funds raised can be shown in the company’s balance sheet — depending on the structure — either as equity or debt. If the company opts for equity, this can strengthen its appearance vis-à-vis other potential providers of debt capital.

The revenue participation rights can also be structured quite flexibly. It can be repayable or non-repayable. Certain minimum and maximum participation thresholds can be set, or the revenue share can be made dependent on other factors. Tokenization turns the revenue sharing into a transferable security under EU law.

The three tokenized instruments presented above have in common that they serve corporate financing and that they involve the issuance of debt instruments, i.e. ultimately promises by the capital-raising company. The main advantages of raising funds in this way are as follows:

Adaptation to requirements of the company When issuing tokenized debt instruments, capital is not lent by lenders, but the promised interest and repayments are sold as a product. Unlike a bank loan, the company determines the terms on which money is to be borrowed. This means that special financial and tax considerations can be taken into account when structuring the token terms and conditions.

First and foremost, the interest arrangements are of central importance. Interest can be fixed or variable; it can be paid on an ongoing basis or there can be no interest at all during the term of the instrument, with a higher repayment at the end of the term. In the case of variable interest, the interest rate can be linked to external parameters (EURIBOR, inflation index, commodity prices, exchange rates, etc.) or to internal indicators (EBIT, sales, internal indicators).

The repayment arrangement is equally flexible. Repayment can either be made in regular installments — e.g., per quarter or year — or there can be no repayment during the term. In this case, the instrument is usually repaid in full at the end of the term. If repayments are to be made during the term, the respective amount can also be structured differently. As explained above, instruments can also be issued that are not repayable at all.

Because of the flexibility in the design of payments, tokenized instruments can also serve as a tool for (partial) risk hedging in addition to financing. In some cases, the potential is obvious; in other cases, it requires a detailed examination.

Example 1: Company A’s earnings are significantly dependent on the price of steel. The company bears the risk of rising raw material costs. The interest could be structured in such a way that the interest increases when steel prices fall and decrease when steel prices rise.

Example 2: A customer of Company B wants to conclude a major contract in Saudi riyal. The company thus bears the exchange rate risk. The repayment of the instrument could be structured in such a way that it can be made in riyal at a certain rate.

Example 3: Company C finances the construction of a residential building and would like to finance the construction and maintenance costs from the rental income. The company bears the long-term refinancing risk. The instrument could be designed for the long term, and the interest and repayment could be linked to the inflation index (also provided for in the rental agreements).

Flexibility in the use of assets

Since the stricter capital adequacy requirements came into force, banks generally require a high level of collateralization when granting loans. The granting of a lien on real estate and pledging of operating assets and receivables are common practice. This deprives companies of the freedom to manage these assets.

Borrowing with the above-discussed (and also other) instruments usually takes place without the provision of collateral. However, it is also possible to order collateral and, in this way, obtain a more favorable interest rate on the market.

Tokenized commitments to use

Shares in limited liability companies have been “immobilized” on purpose (at least in Austria). In order to transfer shares in a limited liability company, an assignment agreement must be concluded in the form of a notarial deed. Even the mere offer to transfer must already be made in the form of a notarial deed in order to be effective. If this formal requirement is not complied with, the offer or transfer is void.

Because of these formal requirements, the share in a GmbH cannot be tokenized directly. However, the above-mentioned instrument of a commitment of use can be used. A transfer commitment, together with a commitment to use the profit and, if necessary, a commitment to co-determination rights, can be effectively tokenized. These promises can be transferred without any formalities. Compliance with the pledges can be ensured by the company itself using the trust model B. In this way, the company can effectively make promises regarding its own shares, even if it does not have already authorized capital (as may be the case with stock corporations, for example).

Tokenization of a stock corporation

Bearer shares may also be issued in the case of listed stock corporations. In this case, however, the shares may only be securitized in the form of a global certificate. This global certificate must be deposited with a central securities depository. In order to enable the tokenization of bearer shares, it is therefore still up to the legislator (at least in Austria). However, a stock corporation could also issue tokenized use commitments with regard to its own authorized capital. This would be comparable to the model presented above for the tokenization of use commitments with regard to GmbH shares, but in this case (provided authorized capital is available) the appointment of a trustee could be omitted.

Tokenization of real assets such as precious metals or apartment buildings

Not only promises (claims) or entire objects such as companies can be accessible to tokenization. In particular, interest in the tokenization of real goods such as precious metals, precious stones or even shares in apartment buildings has been growing recently. The focus is not on the idea of financing, but on the desire to transform these relatively illiquid resources into easily tradable goods.

The linking of the real world with the tokenized representation usually succeeds with trust variant A. A trustee is appointed to take custody of the tokenized real goods. The trustee initially warrants that the tokenized goods actually exist. The further relationship between trustee and token holder can be structured differently.

For example, the trustee can act as an intermediary for real (co-)ownership positions for the respective token holder, as is the case with securities deposits on the traditional capital market. However, it is also possible to grant the trustee only a succession claim under the law of obligations. Which variant is preferred depends on the circumstances of the individual case.

The so–called voucher model should not go unmentioned. This first established itself as a suitable instrument in the course of the ICO wave in 2017. And although the ICO boom is long over, the voucher model still has its justification in certain areas. In this instrument, the company promises to exchange a token for a certain service in the future. The funds collected are used to finance the company. Depending on how the voucher is structured, it can be used to manage accounting and tax consequences. The voucher property can be linked to the other instruments presented above, so that a token can simultaneously have aspects of, for example, a profit participation right, a commitment to use and a voucher.

The first step on the way to successful tokenization is always to consider which goals are to be achieved with it. The types of tokenization presented above can have very different tax effects and also effects on the company’s balance sheet, depending on the specific design.