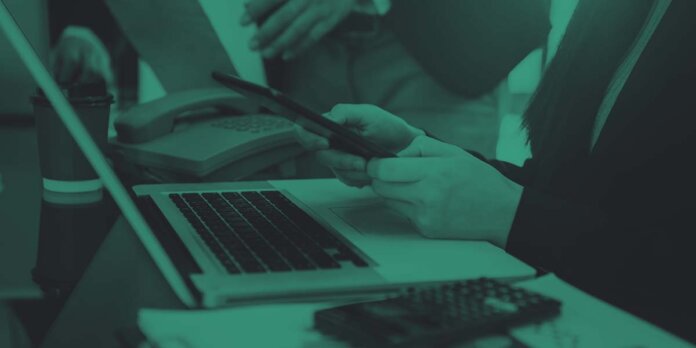 The state of security tokens under US law is fraught. It has been that way since at least 2016, and the situation became particularly acute in 2017 with the rise of so-called initial coin offerings or ICO, which are a form of capital raising for start-up companies.(1)

While the staff of the US Securities and Exchange Commission (SEC) has sought to provide guidance on the question of when a token is a security, and a few trial courts have issued opinions discussing the issue, there remains a significant lack of clarity not only on that important question but also on the implications in other areas of the federal securities laws when a token issued as a “utility” or “network” token is treated as a security under the now-famous Howey test for investment contracts (“Howey security tokens”).

This article highlights certain key matters in this regard. It first focuses on understanding when a token is a security, drawing a distinction between tokenization of traditional securities (i.e., stocks and bonds) and Howey security tokens. Next, we discuss significant practical implications for security tokens under the Securities Act of 1933, the Securities Exchange Act of 1934, the Investment Advisers Act of 1940, and the Investment Company Act of 1940. The article leaves for others a discussion of state law.

The nature of this article is not to provide an in-depth discussion for the expert but an overview of the issues. For those interested in more detailed information, we have included selected resources at the end for reference. This broad-scope approach should not lead readers to believe that these issues are not significant. In fact, if the matters raised herein do not receive greater clarity, the US cannot in any real sense make progress toward achieving the promise that blockchain brings to capital markets.

This article focuses on two classes of security tokens: traditional securities that have been tokenized on a blockchain or other distributed ledger technology (DLT) and Howey security tokens, a form of “investment contract” under federal securities laws.(2)

Since the benchmark “DAO report”(3) and the Munchee cease-and-desist order, the SEC’s position on token sales in the US has been virtually unshakeable:(4) digital assets created and distributed by an entity or group are securities under the Howey test. In Howey, the US Supreme Court defined “investment contract” as any “contract, transaction, or scheme” whereby (a) a person invests money (or, in later interpretations, anything else of value), (b) in a common enterprise, (c) and is led to expect profits, (d) solely (or, in later interpretations, predominantly) from the efforts of others.(5)

Since the DAO report, two types of security tokens emerged: those that will always remain a security (tokenized traditional securities) and those that are sold as part of a “contract, transaction or scheme” at the time of fundraising but are meant to serve a certain purpose within a blockchain network, for example, as a payment mechanism and/or as a way to incentivize developers and/or users.

Tokenizing traditional securities—in other words, issuing and maintaining stocks, bonds and other securities in a digital form on a blockchain—offers various benefits ranging from increased transparency and security to ease of transfer, cap table administration, and investor management. These advantages, coupled with access to global capital and the promise of increased liquidity, make tokenization of securities an innovative way to raise capital for both emerging and established companies.

In the US, primary issuance of tokenized securities should be a fast, straightforward, and cost-efficient process due to the existence of a robust framework for exempt offerings, which applies equally to tokenized and normally-issued securities. Registered offerings, however, require SEC approval and therefore are not easily accomplished. We discuss both exempt and registered offerings in the next section.

An issuer may tokenize common or preferred shares, limited partnership interests, membership interests in a limited liability company, debt instruments, or convertible instruments. The nature of the interest being tokenized, as well as the corporate structure of the offering, may impact specific regulations that apply to token creation and to the offering of such token.

Legal and technical considerations go hand-in-hand during the process of tokenizing traditional securities to ensure compliance and a smooth path to secondary trading. Various regulatory restrictions, as well as tax and KYC/AML considerations, need to be addressed and implemented on a technical level and perhaps built into the token through the underlying technology. Corporate and governance structure, jurisdiction, and token features all affect regulatory compliance, a situation which differs from that of non-tokenized traditional securities. Such compliance requirements should be discussed with a knowledgeable attorney before undertaking tokenization of traditional securities.

For exempt offerings, the broad definition of “security” under federal securities laws has allowed issuers to use the existing US framework to tokenize traditional securities without the need for legislative or regulatory amendments. Issuers in many other countries, with more rigid lists of instruments that are considered securities,(6) have found themselves in regulatory limbo, without a workable framework for issuing tokenized securities, even when new regulations covered cryptocurrencies and “utility” tokens.

In many other aspects, however, application of US securities regulations has not been smooth due to lack of regulatory guidance and leadership, as we will discus in further articles that will be published in the following weeks.

1 What are securities and why are they regulated?
2 2020 OECD Report on asset tokenization; 2020 Article explaining the difference between technology wrappers and legal classification
3 2017 SEC DAO report
4 With the exception of three extremely narrow no-action letters: 2019 TurnKey Jet; 2019 Pocketful of Quarters; 2020 IMVU.
5 Supreme Court cases on investment contracts — Howey and Edwards;
court decisions on investment contract analysis of digital assets — Telegram and Kik
6 For example, many European jurisdictions have very specific lists of what constitutes a security that are limited to stocks, bonds, and other items specifically part of a legal entity’s capital stack as well as “collective investment schemes” to cover pooled investment vehicles or funds.