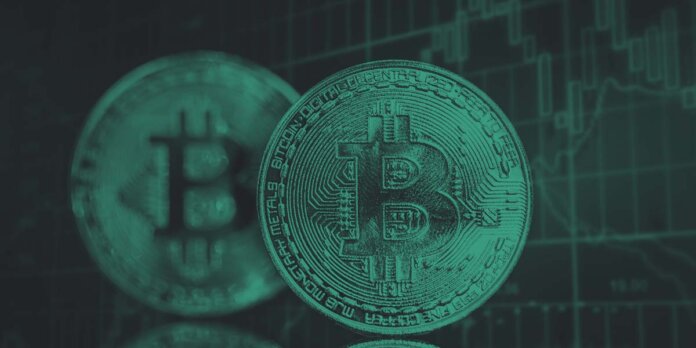 As stated previously, it is important to have sophisticated legal counsel to advise on either a public offering or an exempt offering. The affectionately called “Exchange Act” or “34 Act” packs two broad regulatory mandates into its sections.(1) Neither addresses standards relating to Howey security tokens, and the SEC had done little to rectify this situation. Without such guidance, security tokens cannot truly become part of the fabric of financial services in the US.

One category concerns the requirements for public reporting companies, which are defined as companies that either (a) have done an initial public offering or (b) under Exchange Act Section 12(g) have more than 2000 equity security holders (which could be stock or, under some interpretations, Howey security tokens, although this question remains outstanding), notwithstanding that all such equity securities were privately placed. Mergers with a public company also can result in a formerly private company becoming public, including through the newly popular special purpose acquisition company or “SPAC.”

The second category concerns the licensing and activities of broker-dealers and other entities involved in trading securities on either an agency or principal basis. This portion of the Exchange Act also creates the foundational laws related to securities trading and authorizes the SEC and Financial Industry Regulatory Association (FINRA), the self-regulatory organization that oversees broker-dealers.

The public company requirements essentially set forth the disclosure and reporting regime applicable to both newly public entities and those long-standing companies with public stock. Rules and regulations adopted by the SEC flesh out what is required, including the well-known 10-Q and 10-K quarterly and annual reports as well as periodic reports, proxy statements, and the contents of each. There are also requirements for financial statements and pro forma financial information along with procedures for distributing all of this material to shareholders, whether they hold directly (as blockchain-based stock would allow) or through an intermediary (usually a broker-dealer or a bank and commonly referred to as “held in street name”).

As of this writing, only one security token has received SEC approval for public offering and sale, although several blockchain companies have become public reporting companies under the Exchange Act as a result of enforcement settlements with the SEC.

Companies that become public due to a settlement or because they exceed the 2000 holder requirement both need SEC approval of their initial reports and filings. Public company reports and filings are available on the SEC website through the “EDGAR” service, a technology that allows multiple means of access. These filings provide the only guidance of how the SEC thinks Howey security tokens should be treated under these rules and disclosure requirements. Because Howey security tokens often are not part of an issuer’s capital table, more clarity is needed. Moreover, for all security tokens, the required disclosures about the blockchain network on which they are created and maintained remain uncertain. These are just two examples of the continuing uncertainty.

As our cursory discussion shows, the public company requirements are extensive, and no company becomes public without SEC approval. No issuer of security tokens should take the requirements lightly, and the process to obtain SEC assent has thus far not been easy, as evidenced by the small number of successful applicants.

The 34 Act’s regulation of broker-dealers applies both to securities issued by public companies and those that come into investor hands through private placements or other exempt offerings. A broker acts as the agent for others who trade securities. A classic type of intermediary in the execution of trades, a broker may also hold custody on behalf of its clients and take responsibility for the settlement of transactions by delivering either the cash or securities.

A dealer acts as principal when trading securities and holds itself out as regularly willing to buy and sell securities. Market makers and other liquidity providers are classic examples of a dealer and, like brokers, also may hold custody and be responsible for settlement. Some entities act as both a broker and a dealer, depending on the circumstances, and for this reason the colloquialism “broker-dealer” has arisen. A broker-dealer that operates an electronic system to automatically match buy-and-sell interest must either register as a national securities exchange or as an alternative trading system (ATS). Exchanges have extensive licensing and ongoing requirements because they have the power to list public companies and have protection for their orders, whereas an ATS has fewer requirements, especially when its orders are not protected.(2)

FINRA identified the custody issue and many others in a report at the beginning of 2017. Custody can either involve possession (the broker-dealer holds the asset itself) or control (the broker-dealer relies on a good control location, usually another broker-dealer or a bank). In the Custody Statement, the SEC did not clarify what they believe is acceptable for either possession or control (indeed, control might not even be acceptable under the Custody Statement) but asked the industry to experiment and develop appropriate methodologies based on a study of blockchain generally and of specific blockchains for specific security tokens. As discussed in the next section, the SEC also needs to sort out the custody issue for investment advisers.(5)

While the blockchain ethos includes dispensing with intermediaries, as a practical matter broker-dealers will aid liquidity, create markets, and otherwise facilitate the arrival of less technically sophisticated players into the trading world. Custody is one important issue for broker-dealers, but there is also a lack of clarity around the treatment of blockchain assets, including Howey security tokens, under the broker-dealer regulatory capital requirements (Rule 15c3-1).(6)

The Exchange Act covers a lot of ground and the lack of guidance on the treatment of securities tokens in general and Howey security tokens in particular will continue to limit US participation in these important developments for the securities industry.

Investment advisers are a different type of regulated entity under SEC jurisdiction. Simply put, they provide advice on investments and in that context are permitted to maintain custody of, or otherwise exercise control over, the funds and/or securities of their customers. The rule governing custody for investment advisers requires, among other things, that an investment adviser utilize a “qualified custodian” with respect to many types of securities, mostly those for which either the issuer or its transfer agent maintains the securities.(7)

The SEC has yet to issue guidance on several aspects of the custody rule, including whether security tokens maintained on blockchain by the issuer or its transfer agent meet the exemptions and, more importantly, whether it will accept banks and broker-dealers as qualified custodians. In October 2020, the State of Wyoming’s Division of Banking issued a no-action letter indicating that various types of banks subject to its regulation met the definition of qualified custodian, but the SEC rejected this interpretation, noting that only it had the power to determine who met the definition of qualified custodian.

The Office of the Comptroller of the Currency, a US regulator of national banks, has issued some helpful interpretation to allow national banks to provide custody in connection with certain blockchain assets, but without the SEC’s blessing it will remain unclear who an investment adviser can rely upon as a qualified custodian. This lack of certainty inhibits investment advisers not only with respect to Howey security tokens but all other types of security tokens, as well as other blockchain assets.

In addition to the Securities Act and the Exchange Act, both US issuers and foreign issuers that offer security tokens to US investors may inadvertently find themselves subject to the Investment Company Act of 1940 (ICA).

ICA requirements can be triggered by pooled investment entities but also by operating issuers of security, depending on the corporate structure and whether an SPV is used to issue network tokens for an operating business. Just like other securities regulations, the ICA contains several exemptions that can be utilized by both U.S. and foreign issuers to avoid burdensome registration requirements.

The most commonly used exemptions from registration under the ICA can be found in Sections 3(c)(1) and 3(c)(7). Under the 3(c)(1) exemption, the issuer can only undertake a private offering, and the number of accredited investors cannot exceed 100 people. Under the 3(c)(7) section, the number of investors is unlimited; however, all of them must be “qualified purchasers,” which is a much higher standard than “accredited investors.” These limitations make the common exemptions unworkable in the context of token sales.

Conclusion
As indicated throughout this article, while the issuance of tokenized traditional securities is a fairly settled process in the US, there remains a fair amount of uncertainty about many issues for Howey security tokens. This lack of clarity has been cited as one of the reasons for the stunted markets for digital assets in the US and for the willingness of many blockchain companies to locate elsewhere. It stands in sharp contrast to other jurisdictions, where regulators have embraced blockchain technology and the companies who are building with it and facilitating usage of digital assets. Singapore, Switzerland, Japan, and the EU, for example, show how a different regulatory approach has sought to yield a more conducive environment for the creativity and empowerment associated with blockchains.

The US Financial Stability Oversight Council has, in its 2020 annual report, encouraged continued coordination among federal and state financial regulators to support responsible financial innovation such as in digital assets and to promote consistent regulatory approaches. We hope this ethos will prevail so that blockchain technology will become the next generation infrastructure for financial services and beyond.