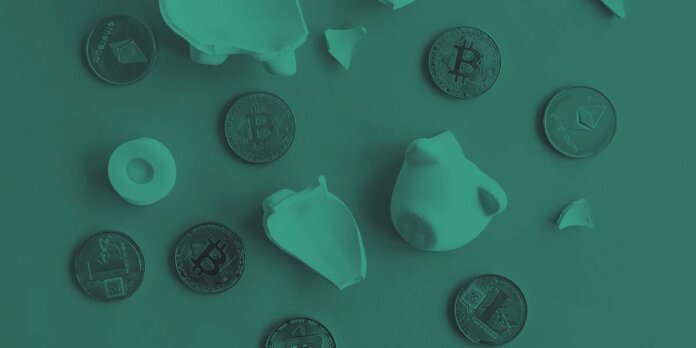 After discussing Ethereum and security token issuance last week, this week we will turn our attention to various alternatives. When deciding which blockchain to issue a security token on, an important factor is the software protocol used to represent the asset on the blockchain. Different software protocols have different options for the issuer and specific exchanges only work with certain protocol standards.

Ethereum’s dominance is not as large as it was in previous years, and it seems that projects are looking for alternatives. Tezos is the second most popular blockchain for security token issuance and trading. There are now more than $2.5 billion STs announced with the usage of Tezos blockchain. Tezos smart-contracts are more flexible for security token offering needs, having compliance and regulation features built-in. Elevated Returns was a pioneer in the security token industry and issued one of the the first security token backed by a trophy real estate asset, the St Regis Resort in Aspen, in 2018.

Notable uses of Tezos include Societe Generale, which recently issued the first structured product as a security token on the Tezos public blockchain. A large Brazilian investment bank BTG Pactual along with Dubai’s asset manager Dalma capital launched a real estate STO on Tezos backed by Brazilian property. Originally, the STO was launched on the ETH blockchain but BTG Pactual sees a potential in Tezos and that is why the STO was then moved to an alternative platform.

Hyperledger is an open-source umbrella blockchain project by Linux. It’s product Hyperledger Fabric’s Fabtoken is a protocol which has a cross-chain ability as well as high code and data security. Also, the Fabtoken allows issuers to make and customize their token as thoroughly as they want to, including all the compliance and security features.

Metacoin is the first and quite significant coin made on Hyperledger’s platform. Metacoin consists of several projects — a block explorer, a wallet and a platform where issuers can create their own token. The Metacoin project is focusing on the development of the digital asset market and aiming to create its own blockchain ecosystem.

Tzero protocol is made for connecting the traditional market with the digital asset market. tZero protocol was developed to build the first SEC approved exchange for tokenized securities. That is why it has high standards for security and compliance (KYC, AML).

Those 2 token platforms by Seccurency are interesting because they are not tied to the blockchain. It is for the issuer to decide what blockchain he wants to use — Ethereum, Ripple, EoS, GoChain or Stellar. They can also be freely transferred across the blockchains mentioned above. What is more, CAT protocols have in-built KYC, AML, KYB, KYW as well as the validation of investor’s accreditation.

St20 is a protocol built on Polymath’s own blockchain, however it is fully compliant with the ERC standard tokens. It was one of the first security token protocols on the market. ST20 has in-built KYC and AML services as well as various mechanisms for token customization available for issuers.

This protocol is created by Swarm and operates on its own blockchain. SRC-20 standard is quite significant due to its flexibility, integrated governance and a wide range of assets that can be tokenized. The protocol creators claim that almost everything can be tokenized with the use of their protocol including real estate, investment funds, businesses and development projects. The protocol has an in-built mechanism that secures the right for revenue streams of tokenized assets.

Swarm cooperated with OpenFinance to broaden the usage of SRC-20 protocols. OpenFinance is well-known as a blockchain for private equity and so, there are some collaboration projects based on SRC‑20 standard.

It is very important to ask why security tokens exist and how they are technically enabled. For investors, however, the question of what return Security Tokens offer is also relevant. When looking back at the STOs of the last few years, we see a very mixed picture here, which we would like to explore in more depth in next week’s article.