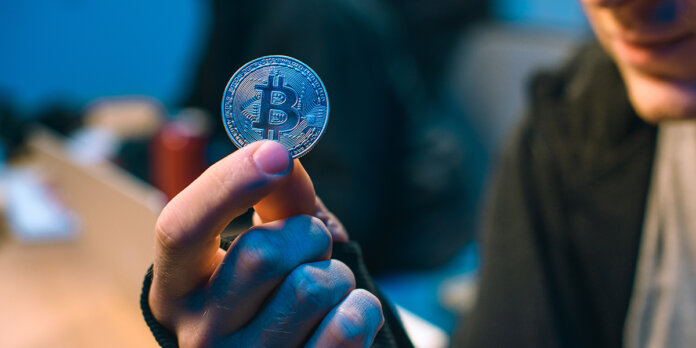 Many people are buying Bitcoin and other cryptocurrency these days to protect their money from the ravages of an economy on its knees. Bitcoin is looking good as a safe harbor to wait out the volatility of the recession the world is undergoing right now.

And with the value of it rising to record heights, it seems like a good time to be buying in and making a profit in addition to keeping the money you have worked hard for from evaporating. With inflation poised to rear its ugly head, it is a very attractive proposition.

However, there is an issue of having your Bitcoin stolen from you if you aren’t careful. There are a lot of shady characters preying on people that don’t understand how cryptocurrency works. In this article, I will go over some common scams so you don’t fall for them yourself.

There are websites made to look as though they are an authentic exchange only to take your Bitcoin and disappear into the night. Once your Bitcojn are gone there is no getting them back.

Make sure to only use trusted exchanges to avoid this. Even aside from the scam ones, you should be looking into ones that have good encryption to keep your transactions safe from hackers.

This scam is very widespread but may not exactly come under the exact definition of a scam since nobody is actually stealing your Bitcoin.

The process of doing a dump and pump is when a group of people buy up a coin when it is very cheap. Then they promote it as the next big thing all over social media and hope that it gets picked up by mainstream channels. The hype surrounding it will make people want to buy in before it hits its highest value. Then, once it has doubled, tripled or even more in value, they sell their coins off and then create a negative hype in which they crash the value of the coin.

Don’t trade using your emotions and always avoid FOMO (Fear Of Missing Out). Read as much as you can if something looks too good to be true.

There are always new coins coming into existence that get investors eager to buy while the value is low. The problem here is that some new coins exist only on paper or they are actually on the blockchain but there is nothing supporting them.

Fake startups ask people to buy in the ICO and then instead of investing the money into building out the platform, they pocket the money and disappear. Be very diligent with new coins and always read the white paper carefully.

*This article has been contributed on behalf of Paxful. However, the information provided herein is not and is not intended to be, investment, financial, or other advice.

Betting with Crypto: Know where you stand legally

Best App To Sell Bitcoin In Nigeria and Ghana — Prestmit