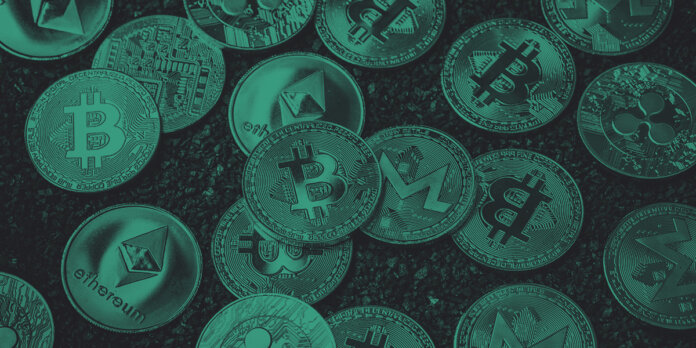 Throughout Europe digital assets enjoy a great popularity among investors. Due to the significant price changes of individual assets in recent years, however, the timing of investments is an important factor in assessing the success of the individual investors. This article therefore aims at finding out when the investors we surveyed first started to invest in digital assets and which ones they primarily focused on.

The majority of investors gained exposure to digital assets for the first time during the past two years. Nearly 31% of those surveyed invested in crypto assets in 2018 — after Bitcoin’s all-time high in mid-December 2017, when the price was almost $20,000 per coin and Bitcoin had a $334 billion market capitalization.

Question: What was the first year your company invested in digital assets?

An important observation is that institutional investors that have invested in digital assets have distinctly different portfolios compared to ones that have no exposure to this asset class. Digital asset investors have significantly fewer bonds, more commodities, and more cash reserves than investors with no exposure to digital assets. This is in line with the ethos of the industry — lower trust in government bonds, higher trust in sound money, and growing cash reserves in expectation of a recession.

Cryptocurrencies are more interesting than Stablecoins and Security Tokens

Question: Which types of digital assets has your company invested in?

Stablecoins have become the most highly traded digital asset when measured by daily exchange-traded volume. On-chain trading activity grew over 800% between April 2019 to April 2020. However, only 19% of respondents own stablecoins, indicating that institutional investors may not be the dominant force responsible for stablecoin daily trading volumes. Notably, 31% of investors that have exposure to digital assets answered that they have invested in security tokens. This indicates that security tokens are on the radar of professional and qualified investors. Although venture capital was not a multiple choice option, two banks that manage over €350 billion in total mentioned that although the financial institution they work for has not invested directly in digital assets, they have invested in the equity of blockchain-related startups.

The European Union rolled out negative interest rates in 2014, and Switzerland has had them since January 2015. As Fidelity’s report on institutional demand from earlier this year pointed out, a common objection against investing in gold and Bitcoin is that they don’t produce an annual yield. However, in the current environment, these assets can help investors protect their wealth from inflation and negative interest rates.

Among the 64% of investors who currently do not have cryptocurrencies in their investment portfolios, 39% plan to add them to their portfolio eventually. A quarter of the professional investors plan to buy cryptocurrencies at a later stage, and 14% of them plan to do so in the next 12 months.

Question: Is your company planning to invest in the future?

Regarding the future demand for cryptocurrencies among professional investors, Bitcoin and security tokens are the assets in which investors are most interested. Surprisingly, there is more interest in security tokens and stablecoins amongst institutional investors than in cryptocurrencies such as Ethereum and XRP. This may be explained by the regulated nature of security tokens, as investors’ assets are often ring-fenced on the balance sheet of the issuer and rights in case of insolvency are explicitly mentioned in the prospectus. Furthermore, disputes can be settled by courts and contract law that the digital asset space is still building precedent for.

Question: Which digital assets would your company be interested in investing into in the future?

After we have now dealt with these specific figures, we want to take a step back in the coming week, because some people will certainly ask themselves the question what exactly is meant by digital assets. The page Coinmarketcap.com lists more than 7000 different “cryptocurrencies”, however the differences between the entries could not be more substantial, which is the reason why we need a clarification.