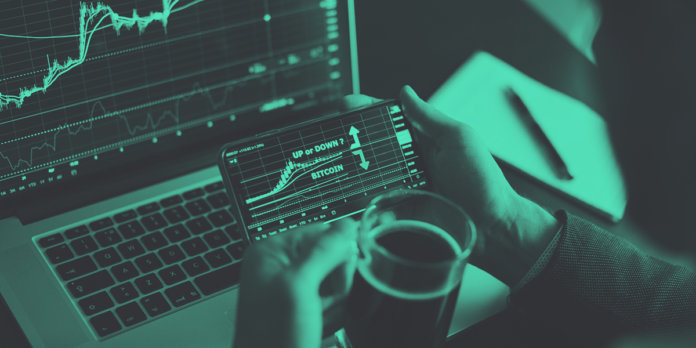 Several weeks have passed since the Bitcoin Halvening. Weeks in which large parts of the market have been relatively quiet. Hardly any major cryptocurrency today differs from its position on May 9th, two days before the halving. Compared to mid-February and mid-March, however, a clear difference can be seen in the performance of individual projects during the Corona crisis. This article attempts to get to the bottom of this phenomenon and to draw parallels to the halving of 2016.

In an economic expansion, small firms tend to have better returns than large firms. In an economic recession, the reverse tends to be true: large firms tend to outperform small firms. This is because in an expansion, fiat inflation pushes investors into increasingly risky investments, but during a downturn, investors seek conservative safe havens to store their wealth.

A similar pattern may exist with cryptocurrencies.

When the global economy is in an expansionary period caused by easy credit lending policies, diversification into alt-coins tends to outperform Bitcoin. However, when the global economy is hit hard, Bitcoin tends to outperform a diversified portfolio of alt-coins. For example, trading volumes of the altcoins in the Top 10 on Coinmarketcap.com decreased by 30% between March 6th and April 1st, while Bitcoin’s trading volume didn’t decrease at all.

The market capitalization of the altcoins in the Top 10 on Coinmarketcap.com decreased by 37% between March 6th and April 1st, while Bitcoin’s market capitulation decreased 27%. Unlike Bitcoin’s trading volume, Bitcoin’s market capitalization did drop significantly in response to the Corona Virus. This is because the majority of crypto asset investors only have exposure to Bitcoin and not to altcoins. When an economic recession occurs, altcoin investors may see Bitcoin as a safe haven, but the overall market sees government bonds as a safe haven. Therefore, an economic shock puts selling pressure on Bitcoin as investors go into bonds and large-cap stocks like Facebook, Apple, Netflix, and Google. The buying pressure that altcoin investors have as they flee altcoins and go into Bitcoin dampens the selling pressure that Bitcoin experiences during an economic crisis.

Figure 3: Return of Bitcoin vs. Altcoins During Corona Virus

During the same time, Bitcoin’s price lost 28% while altcoins in the Top 10 lost 38% on average with Tezos and Ethereum being hit the hardest, and XRP being the most stable.

So the big takeaway: During an economic crisis, Bitcoin is expected to out perform altcoins.

Currently, Bitcoin’s dominance is 65% and shows no signs of weakness. In light of a Bitcoin halvening, many cryptocurrency investors are exchanging altcoins for Bitcoin.

Between the economic shock that caused a flight to safety for altcoin investors and the reduction in Bitcoin’s supply, which will take months to impact the market, there is strong evidence that Bitcoin’s dominance will grow compared to altcoins in the Top 10. The altcoin season is not expected to begin until the global economy has reopened, investor sentiment has increased, and economic uncertainty has decreased.

This can be clearly seen from the fact that, apart from Bitcoin and Ethereum, hardly any cryptocurrency was able to restore its price level of mid-February. Economic uncertainty offers no fertile ground for high-risk speculation. In general, the risk tends to rise with falling market capitalization. Only general economic stability will help the altcoin sector to stabilize.