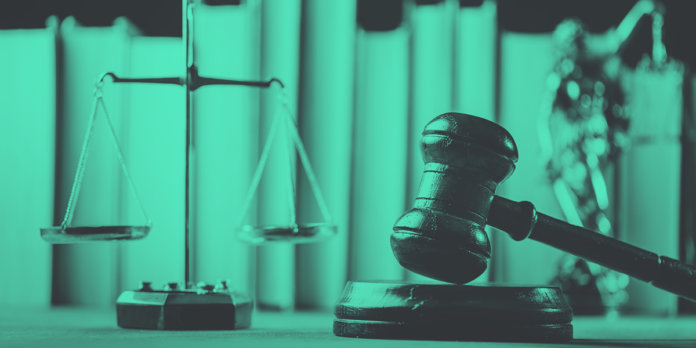 Due to the fact that Tether Gold was held by only 64 individual addresses at the time of initial analysis and also had relatively infrequent on-chain transactions, it was trivial to audit the underlying gold using the data provided by Tether’s “Gold Allocation Lookup” tool.

1) There were six addresses that did not have the same amount of gold allocated to them on the blockchain as indicated by Tether’s “Gold Allocation Lookup” tool.

3) Two of the six addresses with discrepancies had no gold allocated to them at all but indicated 1/10th of an ounce (~$170) on the blockchain.  This can not be explained by a minimum precision in the system as there were other addresses with lower total XAUt balances with the correct amount of gold allocated both on the blockchain and according to Tether’s “Gold Allocation Lookup” tool (see also Tether’s assertion about precision on their transparency page that physical gold is tracked to 1/1000th of a troy ounce and XAUt tokens are tracked to six decimal points of precision).

4) These discrepancies cannot be explained due to transactions that occurred while completing the analysis because the most recent transaction was almost 24 hours prior. The analysis was performed between ~11:00-14:00 on April 19, 2020 UTC.

6) Tether had 100 bars listed as backing assets ranging in weight between 373.762 to 415.408 troy ounces which is well within the expected weight range for LMBA 400 oz good delivery bars according to LBMA specifications. However, Tether’s “Gold Allocation Lookup” tool does not provide the fineness, gross weight or fine weight of the bars so it was impossible to determine if any given individual bar was over-allocated with respect to its actual weight.

7) The data suggested that Tether Gold does not partially tokenize any individual bar as evidenced by the fact that the allocation of every bar fell well within the expected weight range for LBMA 400 oz good delivery bars although this is impossible to verify without additional information.

8) Tether’s transparency page did not shed any light on any of the discrepancies at the time of the analysis.

9) Tether’s transparency report showed more physical gold backing Tether Gold than could be verified with their “Gold Allocation Lookup” tool. The transparency report and blockchain both indicated 40,128.674 ounces vs. 40,094.657 ounces reported by the lookup tool.

10) The data presented above raises the question as to whether or not Tether Gold is in fact tracking the underlying gold to 1/1000th of an ounce precision as stated on their transparency page.

While there could be any number of potential explanations for the discrepancies, such as the “amount is not statistically significant” (0.085% of the total), there should be no discrepancy greater than the three decimal points of precision Tether Gold itself says their underlying gold is tracked to and this was not the case.

1) PAX Gold’s single largest holder is 0x5195427ca88df768c298721da791b93ad11eca65 which at the time of analysis on held just under 63% of the total PAX Gold supply (16,051.0676 tokens, over $27 million USD) but PAX Gold’s “Gold Allocation Lookup” toolindicates 0 ounces of physical gold backing the tokens stored on this address. This discrepancy has appeared consistently for more than two weeks.

2) As of the time of analysis, PAX Gold had issued 25,497.096 PAXG tokens, but only reported holding 9,616.175 troy ounces of gold bars (gross weight) through their “Gold Allocation Lookup” tool and only 9,446.024 troy ounces of those bars were allocated to Ethereum addresses holding PAX Gold tokens.

3) The data suggested six bars may have been over-allocated as compared to both their gross and fine weights.

4) The data suggested that five bars may have had allocations that exceeded the maximum weight of the LBMA good delivery bar specification which is 350 – 430 troy ounces in gross weight. The five over-allocated bars ranged from 463.88 to 652.65 troy ounces in allocation.

5) These discrepancies are far too big to be considered rounding errors and are significantly greater than the discrepancies found in Tether Gold despite the fact that PAX Gold is licensed and regulated.

7) Any potential claim that 0x5195427ca88df768c298721da791b93ad11eca65 is an “unbacked treasury address” (or similar) is not consistent with data reported on CoinMarketCap.com which indicates that PAX Gold has a supply of 25,497 tokens in circulation with a market cap of over $43 million USD.

The “Gold Allocation Lookup” tools provided by both PAX Gold and Tether Gold fail to provide critical details regarding the underlying gold and both show less underlying gold than tokens issued.

Caveat to these findings: Due to the fact that PAX Gold has far more frequent on-chain transaction activity and there are far more addresses holding PAX Gold than Tether Gold, some of the discrepancies outlined above may be due to timing.  This data has not yet been analyzed with a full archive Ethereum node to mitigate any potential timing discrepancies. However, the discrepancies are too large and too frequent to be explained entirely by timing alone. Timing also could not explain the lack of any physical gold allocation to 0x5195427ca88df768c298721da791b93ad11eca65.

Disclaimer: The findings above are based solely upon the publicly available data provided by Tether Gold and PAX Gold and the Ethereum blockchain and do not necessarily correspond to the actual physical gold holdings of either entity.

Author Bio: Brian Hankey is an entrepreneur and Co-founder of CACHE.  CACHE is a provider of transparent, regulated, redeemable gold-backed tokens with GramChain physical asset tracking.