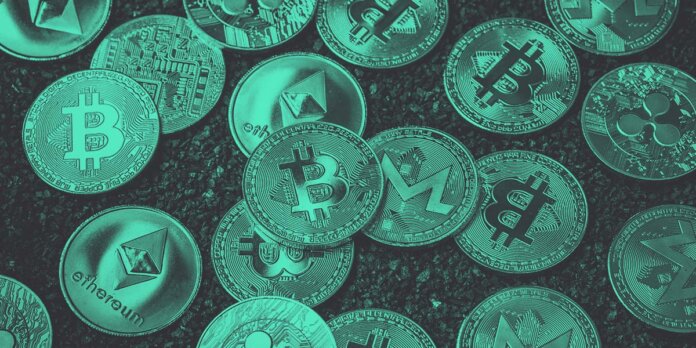 For banks and financial market infrastructure providers, tokenization is an obvious fit. It increases the scope of diversification for clients by opening up asset classes that were traditionally illiquid such as real estate, fine art, jewelry, antiques, classic cars and other collectibles.

Given the progress in building a regulatory foundation discussed in Section 5 of this report, what type of developments will we see in the coming years? It has been well documented that an increasing number of traditional banks are seeking to provide crypto custody services to their clients, with recent high-profile examples including BNY Mellon, Goldman, JPMorgan and Citi. The logical extension of this trend would be banks offering tokenized assets to their clients.

Private banks, which are primarily engaged in wealth management, will be in pole position to capitalize here but when you consider that WEF estimates that up to 10% of GDP will be secured on the blockchain by 2027, the potential market extends far wider.

The ability to easily fractionalize less fungible assets will also result in some spin-off benefits. For example, a client could use a fraction of a tokenized property portfolio to serve as collateral for a loan. This will not only make it easier to find appropriate collateral to match the size of each loan, it also greatly reduces credit risk for the bank, as tokens are far easier and less costly to liquify in the event of default.

In addition, tokenization will make the trading of equity and bonds far more efficient by simplifying settlement, automating processes through smart contracts, and deepening the digitization of compliance procedures thanks to the transparency provided by the underlying DLT ledger.

A key success factor for these products will be the degree to which they are integrated with existing industry norms and frameworks, expanding rather than replacing existing financial services at first. This point was underlined by Markus Abbassi, Head of Tokenization at Sygnum, a licensed Swiss bank which specializes in digital assets:

“Tokenized assets require both a sound technical and legal implementation to ensure the enforceability of all associated rights and obligations, in the same way as traditional assets. In order to unlock the full potential of tokenization and ensure mass adoption, having an integrated, regulated and standardized end-to-end solution for the primary as well as the secondary market is an important step-forward for the industry.”

As we can see above, tokenization offers clear benefits for both banks and their clients. But what type of services are they likely to develop in the near future?

In addition to large national exchanges and some smaller, specialized newcomers, there will be a compelling business case for banks to create a marketplace for tokenized assets in the form of an organized trading facility (OTF) or multilateral trading facility (MTF) as defined in MiFID 2 regulations. The potential approaches for banks can be divided into four categories, depending on whether it is acting as a principal or agent and what types of assets are being traded.

Banks adopting Approach 1 will act as the principal, executing trades against their own balance sheet and thus becoming a market maker for security tokens based on traditional financial instruments such as equities, bonds or futures. Take S&P futures, for example, which typically involve maintenance margins in the region of $55,000. Such minimum capital requirements will price many out of the market. By offering tokenized futures, banks could greatly lower the barriers of entry to such markets, offering more fine-grained diversification possibilities to their customers. Of course, the potential extends far beyond futures — from shares and ETFs to bonds, the possibilities are broad.

From an operational perspective, Approach 1 is probably one of the most straightforward strategies. Banks buy and sell tokens to create the market, calculating prices based on the value of the underlying asset on traditional markets. In addition, the bank could easily hedge its positions by trading equities on traditional exchanges.

Moving to Approach 2, the bank would also act as the principal, but this time trading security tokens that are not based on existing instruments. This would include any tokenized assets that are legally classified as securities but were issued exclusively using DLT. Examples include companies who raised capital using equity-based security tokens, debt-based tokens such as bonds, and asset-backed tokens.

Both the potential risks and rewards are quite high with this approach. On the one hand, banks moving into this space would gain first-mover advantage in their jurisdiction. However, the big challenge and flip side of this advantage would be how to price the tokens, particularly early on when the volumes being traded through other liquidity venues remain light. As a result, this approach would inevitably require either the development of proprietary pricing methodology or the use of an external market maker.

B. Bank as Agent

In the first two approaches, the bank executes trades against its own balance sheet, acting as the market maker, buying and selling shares to provide liquidity. However, for particularly liquid assets, the bank could also simply create an order book and match the buy and sell orders of clients against each other. Given a large enough consumer base and liquid assets, Approach 3 is certainly a low-risk strategy from the bank’s perspective. Services like Robinhood have shown that there is a market for fractionalized ownership of traditional stocks, which would have a good degree of name recognition among consumers, so a selection of tokenized high-profile assets might be a good way to test the water and establish the market early on.

However, other types of security tokens, such as tokenized real estate for example, will be less liquid. By their very nature, investors are likely to hold alternative assets over a longer period of time and trade them less frequently. This is where Approach 4 would be a prudent option: Rather than offering continuous trading, the bank could instead provide an auction platform where users could place bids to buy or sell tokens. These auctions could be conducted over standard time intervals, such as once a week, in order to pool demand. At the designated auction time, the buy and sell orders of clients would be matched against each other. In principle, this system would function very similarly to the opening and closing auctions on national exchanges. The goal of such mechanisms is to establish the auction price such that the largest possible number of buy and sell orders can be executed. Any remaining unmatched orders stay in the system until they are cancelled or until the next auction date. Thus, Approach 4 is also a relatively low-risk strategy and could be a good way to overcome light liquidity early on while clients gain familiarity and begin to feel comfortable with the asset class.

Due to its ability to make the transfer of value far more efficient, tokenization remains DLT’s most promising financial use case. The regulatory hurdles that have thus far hampered the growth of secondary markets will be overcome, which is likely to catalyze a huge injection of liquidity.

This provides a number of opportunities for banks and financial institutions to facilitate new markets, bringing tokenized assets to a much wider range of clients. A topic that we will explore further over the course of the next couple of weeks.