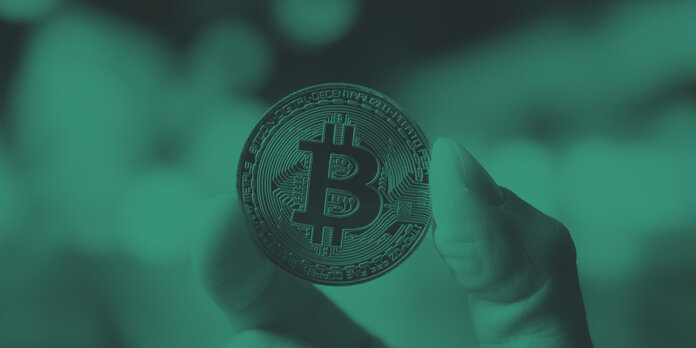 Algorand was founded in late 2017 as the brainchild of the renowned Italian Massachusetts Institute of Technology professor Silvio Micali. The 2012 Turing Award winner, celebrated for his contributions to cryptography through instituting zero-knowledge proofs, contrived the idea behind the network in hopes of addressing the blockchain trilemma of security, decentralization and scalability proposed by Ethereum co-founder Vitalik Buterin.

Although the network’s mainnet had launched in June 2019, the inventive protocol didn’t pick up steam until 2020, which featured the network’s major upgrade, Algorand 2.0. The network’s uphaul unlocked vital capabilities needed to underpin the creation of sophisticated use cases, such as DeFi services, consistent with the thriving ecosystems on comparable smart contract-based blockchains.

Algorand is administered by the nonprofit Singapore-based Algorand Foundation, which concurrently commissions the for-profit Boston-based software company Algorand Inc. to nourish the development of the network. Algorand’s native token, ALGO, has been lagging behind the rest of the large-cap crypto assets over the current extended bull market due to its disputable tokenomics and its what-was-once-restrained base layer — two aspects that were addressed over the course of 2021.

The first is the blockchain’s unique dual-tier architecture that separates the computationally demanding processes by locating it on the network’s off-chain layer (layer two) while designating the on-chain layer (layer one) to host relatively simpler smart contracts-based transactions. The network’s two-layer architecture serves to forestall any bottlenecks from materializing. The second is the scalable and randomness-predicated iteration on the PoS consensus mechanism known as pure proof-of-stake.

Algorand enables a two-layer architecture. Algorand’s on-chain layer one is where the core activity takes place. Baked into the base layer is a set of features that equip the blockchain with the qualities necessary for fortifying its very own DeFi ecosystem and intricate real-world use cases. Among some of these components are Algorand Standard Assets (ASA), Algorand’s Virtual Machine (AVM), Rekeying functionality and atomic transfers

ASA is the network’s solution to bringing about the creation of four different types of standardized tokens that benefit from the ease, compatibility and shared security of the underlying network, as they are embedded into the blockchain layer itself, rather than being presented through add-on smart contracts. The proposed system is seen as Ethereum’s ERC match, designed to normalize the token creation process, allowing the creation of: Fungible in-game points, system credits, loyalty points; nonfungible identity, in-game items; restricted fungible securities, government issued fiat currency; restricted nonfungible tokens (real estate, regulatory certifications). To create one these, developers are only expected to fill out a form supplying its basic details, including asset and unit name and its total supply for it to be deployed, rather than compiling code. This approach enables fending off certain poor token designs that could jeopardize the asset’s security as witnessed by the billions lost in 2021 due to exploitative hacks in Ethereum’s DeFi ecosystem.

In addition to homogenizing the tokenization process, ASAs correspondingly capacitate transacting individuals with asset spam protections (ASP) while empowering token issuers with what’s known as role-based asset control (RBAC). ASP protects users from receiving assets burdened with reputational or legal risk unless explicit consent to accepting the token is provided by users — an ensuing reality in places such as the United States where citizens are excluded from participating in airdrops due to the U.S. Securities and Exchange Commission’s interpretation that they might be violating securities laws. On the other hand, RBAC entrusts token managers with the ability to quarantine certain accounts under investigation or introduce a whitelisting model where only a discrete group of users are warranted to transact, closely resembling schemes to that of the controlled financial environments ubiquitous in traditional finance.

Prior to the release of the AVM, Algorand was initially limited to supporting the creation of stateless smart contracts (ASC1) through its non-Turing complete language transaction execution approval language (TEAL), which restricted introducing complex logic into the applications, as TEAL programs were primarily focused on running basic operations like returning true and false while being used to approve and analyze transactions. Following its upgrade, Algorand’s operating system is now capable of hosting DApps built with higher-level languages, such as Python, Reach (simplified JavaScript-like), Clarity and GO, facilitating the implementation of more sophisticated use cases and simplifying the ecosystem’s maturity.

Atomic transfers strongly position Algorand’s main layer as a reliable financial ledger because they enable the frictionless exchange of assets between untrusting parties, almost instantaneously. Due to Algorand’s almost-instant finality, transactions are combined together and get either fully executed altogether or rejected with funds reverting to their original users. This functionality opens the door for facilitating expeditious interlacing multi-party and multi-asset transactions that can extend beyond the realm of Algorand’s ecosystem.

Rekeying functionality is Algorand’s final attempt at fortifying the blockchain as a user-oriented network tailored for seamless use. The feature preserves a public address while interchanging the private key without imposing any structural changes to the account overseeing them both, which in return means that reassigning a contract’s ownership is now as seamless as sending a transaction.

Even though computation and settlement can be run on both layers, as evidenced by the feature-packed layer-one smart contract capabilities, computationally intensive DApps are discharged to Algorand’s off-chain layer (layer two) to prevent bottlenecks from materializing. Contracts that handle private stock placement, for instance, and need to refer to external databases of certified investors are better kept off-chain, as it is costly to hold sizable data on-chain. Other contracts employing privacy-oriented libraries, such as zk-SNARK, which requires considerable computing power, are also redirected toward the off-chain layer.

The mechanism by which Algorand ties the off-chain layer to the main network’s security is through randomly selecting a committee of nodes already partaking in block validation and calling on them when the time comes to execute more complex contracts. That way, scalability would be subsumed into the blockchain’s core functionality.