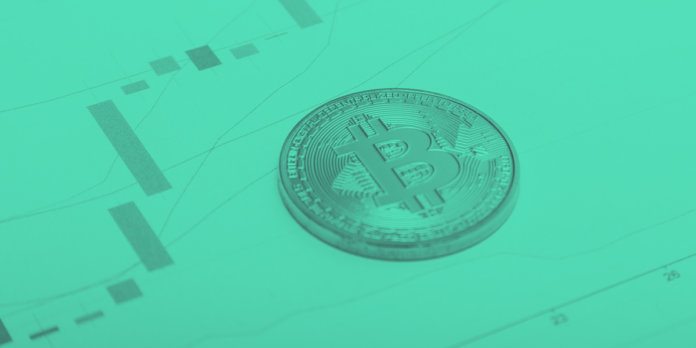 Chicago Mercantile Exchange (CME) Group Inc. and the Chicago Board Options Exchange (CBOE) announced plans to launch a cash-settled Bitcoin futures product by the end of 2017. This chapter explains what cryptocurrency derivatives are, how investors are using them to trade, and how derivatives can impact the price of Bitcoin.

A regulated and liquid option market would signal to retail and institutional investors that this technology is maturing into a real asset class. Source: Unsplash.com

Bitcoin Futures: A Blessing or a Curse?

The spike in Bitcoin’s price after CME announced their new line of Bitcoin Futures may signal that market participants believe this is a blessing. The price of Bitcoin surged to a record high of over $6,400 Although that record was washed away by Bitcoin’s rally to over $8, 600 in late November, many financial analysts argue that Futures are a curse for Bitcoin. Dave Kranzler of Investment Research Dynamics thinks that futures can be used to manipulate the price of bitcoin. By allowing an infinite amount of fiat-dollar-based paper Bitcoin contracts to be issued with only a limited number of buyers demanding the contracts, the futures price will plummet. Kranzler even goes so far as to question Bitcoin’s hard cap, “So much for the idea that Bitcoin supply issuance is firmly capped”.[1]

However, one important caveat in this argument is missing. As Valentin Schmid of The Epoch Times points out, the futures are settled in cash. Effectively, these contracts are not futures. Instead, these contracts are derivatives that are based on the index price of bitcoin. Therefore, the futures are likely to have little to no effect on the price of the underlying in the long run.[2] If an infinite amount of fiat-dollar-based paper Bitcoin contracts are issued and supply outpaces demand, then the futures price will drop. However, this is not directly connected to the price of Bitcoin.

There is only way to ensure that the futures price converges to the spot price: Arbitrage. Imagine if futures are trading at a 20% premium to Bitcoin’s spot price of $8,000. This could be for a one-month contract ending on the second business day before the third Friday in January 2018. The investor can sell Bitcoin futures and buy physical Bitcoin on an exchange and wait for the settlement date, January 17, 2018.

Bitcoin could go through the process of monetization. Futures markets can push their price higher while reducing volatility. Source: https://twitter.com/TraceMayer

Another clairvoyant point by Schmid is that long term Bitcoin buy and hold positions are what drive the price of Bitcoin. The shorting FUD (fear, uncertainty, doubt) argument stems from the well-documented market manipulation of gold, silver, and fiat currency.[3] However, Bitcoin’s transparent blockchain makes market manipulation easily traced and detected. Gold is easier to manipulate because fractional reserves go unreported. Dumps of fractional reserve gold certificates lead to margin-calls being executed, which further suppress the price.

However, Bitcoin does not have a fake gold paper equivalent. Bitcoin paper cannot settle transactions on the Bitcoin network. Although the Bitcoin market is not immune to manipulation, the manipulation can at least be monitored routinely for suspicious behavior. Market manipulation in a transparent market can only achieve limited gains. If market manipulators do not behave, they will be left holding worthless Bitcoin as long term holders switch to less manipulated cryptocurrencies.

In addition to the futures market, the startup firm Ledger X has become the first Bitcoin options exchange in the U.S. In July of 2017, the Commodity Futures Trading Commission (CFTC) approved LedgerX’s application to become a Swap Execution Facility and a Derivatives Clearing Organization. The main offering is Bitcoin to dollar option contracts with maturities ranging from one month to one year. Other companies offering Bitcoin derivatives, such as Deribit and the Bitcoin Mercantile Exchange (BitMEX), have garnered significant interest from traders; however, their domiciles in the Netherlands and the Seychelles have limited their investor pool.

The approval of LedgerX in the U.S. represents a momentous step toward establishing an efficient cryptocurrency market that is patrolled by U.S. financial market authorities. As a global leader in financial technology, the CFTC’s approval may encourage governments in Europe and in Asia to follow suit.

In traditional financial markets, an option market is a valuable source of information about market sentiment. Option markets can also be used to hedge volatile asset classes. Applied to cryptocurrencies, options can be used to bet on the future spot price and build positions. This section outlines several ways that investors can use options to trade cryptocurrencies.

Betting the Price Will Go Up

If a trader is convinced that the price of Bitcoin will go up in the future, they can buy a position at the spot price listed on one of the several exchanges or they can buy a call option on an options market. A call option on cryptocurrency works the same way as a call option on stocks. A cryptocurrency call option will give the investor the right to buy a specific amount of Bitcoin at a date in the future. Typically, an American option will have an expiration date of one to six months while a European option only allows investors to exercise the contract on the expiration date. For example, imagine today’s spot price is $8,000 per Bitcoin. The investor can buy one Bitcoin today for $8,000 or they can buy a call option for $200, which will allow the investor to buy the stock at $8,000 in one month from now. If the investor buys for $8,000 today and the price goes up to $10,000 in one month from now, then the investor can realize a gain of $2,000 by selling the Bitcoin.[4]

If the price had gone down instead of going up, the second scenario would have provided a higher return. Imagine if the price of Bitcoin had plummeted to $4,000 instead of going up to $10,000. In the first scenario, selling the Bitcoin will lock in a loss of $4,000. On the other hand, if the investor had used a call option then they would only lose $200. The investor only loses the amount that they paid for the option when the option is “out of the money.” Figure 15 is a graphical representation of the two hypothetical price movements.

Betting the Price Will Go Down

Instead of buying a put option, the investor could short Bitcoin. In order to short a cryptocurrency such as Bitcoin, the investor would begin by borrowing a specific amount of Bitcoin on a lending market, such as the Poloniex lending market. Lending rates fluctuate constantly, and most loan periods are two days; however, interest on a two-day loan rolled over fifteen times to create a thirty-day loan ranges from 0.2% to 0.3% Bitcoin.

Like buying a call option, buying a put option reduces your risk. To see how this works, imagine the price of Bitcoin had gone up instead of going down. In this scenario, the cryptocurrency shorter has an infinite amount of loss. If the price of one Bitcoin went up to $10,000 after thirty days, then the shorter would lose the amount they paid for borrowing the Bitcoin plus the difference between how much they sold the Bitcoin for and the new spot price. In total, the loss from shorting would be approximately $3,700. In contrast, the second scenario only entails a loss of $200. If the price of Bitcoin goes up instead of going down, then the investor only realizes a loss equal to the cost of buying the put option.

Unlike the CME and CBOE futures markets, LedgerX’s swaps and options are settled physically. In addition to call and put options on Bitcoin, physical settlement allows investors to build positions by writing put options. The options market also enables active trading strategies such as call spreads and straddles. Furthermore, the total number of open or outstanding options may allow investors to gauge market sentiment. In traditional option markets, an increase in the number of outstanding options is interpreted as a bullish signal. Current research by the Nobel Memorial Prize winning economist Myron Scholes is investigating the role that option markets can play in forecasting risk.[6]

Conclusion: Bitcoin derivatives are a milestone for the financialization of the crypto sector

In conclusion, Bitcoin has had a steady upward trend over the past seven years despite being one of the most volatile assets. Only other cryptocurrencies are more volatile than Bitcoin. U.S.-based Bitcoin derivative markets with physical delivery can actually reduce volatility in the price of Bitcoin, which was the original intention of derivative markets in the 18th century. Bitcoin derivatives can be used to forecast risk, build positions in Bitcoin, hedge positions in Bitcoin, and speculate on price volatility; however, futures with cash settlements can only have a temporary impact on the demand and subsequently the price of Bitcoin. The most valuable takeaway from derivative markets will be the implied risk information that can help investors make allocation decisions. Instead of shorting FUD and doomsaying, regulated and liquid derivative markets may signal to retail and institutional investors that this technology is maturing into a real asset class worth investigating.

[4] This is a simplified analysis of an options trade that does not consider the Greeks and implied volatility. Delta, Gamma, Theta, and Vega play a major role in the return on an options trade.

[5] A detailed explanation of cryptocurrency shorting will be published in the next edition of the Crypto Research Report coming out in Q1 of 2018.

Security Token in the Asia-Pacific Region

Security Token Issuance according to Swiss and EEA regulatory initiatives