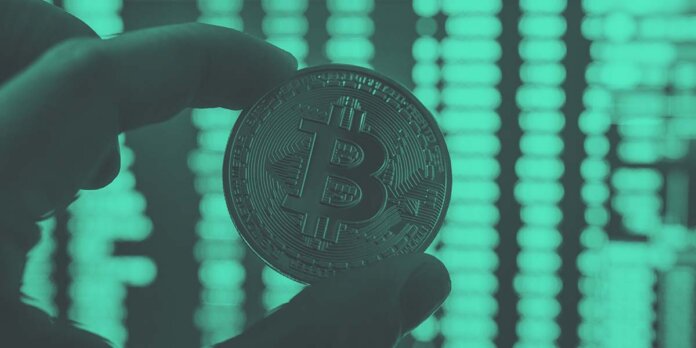 Nowadays, it seems normal that most business conversations are conducted via email. When it was first invented in 1971, or even when it was made available through a webmail service in 1994, hardly anyone would have expected it to be the norm for communication instead of letters.

Today, very few expect tokens to be the norm for binding agreements rather than contracts. However, we are convinced that the plethora of advantages of tokens versus contracting today, such as vastly increased security, lower cost, higher speed, easier and cheaper scalability, cross-border availability will undoubtedly lead to this paradigm shift.

Tokens will also develop into new scenarios that are not even thought of yet. Token design is open to exploit different approaches to business – in terms of services being offered, pricing models being adopted and ownership being defined. We are now seeing crypto tokens in the categories of utility, payment, and security token. There are at least four different sets of tokens that will be used in the near to mid-term future. The one that should be in the focus today are the ones that are neither crypto tokens, nor security tokens, nor tokenized existing assets such as bonds, but the ones that are hardest to describe because they are the least known and conceptualized yet. We’ll attempt to push into unchartered territory.

To start, let us have a look at what contracts mostly do today. When two or more parties want to interact reliably today, they are using elaborate contracts mostly written up by a specialized occupational group such as lawyers to define the matter, the scope, what happens if something that we can already imagine happening, happens and how we resolve a conflict if it may occur and has not been covered in this agreement yet. We also need to rely on the contractual party being the very contractual party and the signatory being able to make what the signature entails. In short, there is a lot of construction of eventualities and trying to mitigate execution risks in the process of the business itself.

What formal codified law or case law try to provide as a framework for such contracts, can be substituted by a framework for coding. Many lawyers and policymakers will disagree, some of them strongly, but while I am not saying it is there yet, I am still saying one form or the other, this will take precedence over our current system.

Why? The strongest force behind is the underlying economic logic. Today, most businesses act according to Price × Quantity = Revenue. And the quantity is directly or indirectly deduced from the number of people on the planet and the market needs they create. Tomorrow, token allow businesses where the multiplying quantity can entail not only human-related clients, but also machines and business processes that are entirely human free. If the number of potential clients is so much higher and for example by an automatization of a process the repetition of usage of a service is easier to predict for the future, even a minor fraction of price can lead to substantially more profitable new business models. It will create new types of platform business models, that make Google or Amazon’s platform scale look small.

Tokens will enable tokenization as a business logic that substitutes complex processes for the standardized version. Those new processes are by design very slim, straightforward, highly standardized, real-time actions with reliably proven identities for both the contractual parties and their respective signatories. Delivery, payment and record-keeping will all take place simultaneously and will be automated in the execution in order to decrease human involvement to the highest possible degree. This will lead to offerings so radically cheaper and more reliable, that it will outcompete the current offerings.

This change of execution reduces complexity dramatically to an extent where the cost effects and the speed of business will be so superior, that de facto the existing business modus operandi will fade out to a large extent.

And just as we still write letters under certain circumstances, so will single contracts still be produced and executed the old-fashioned way. If for now we assume that is the case in the future, the undeniable next question is: how do we get there most likely and maybe a little faster?

When Ethereum began to play a part in the blockchain universe in 2015 the whole notion of “the new internet” was introduced alongside it. It created the 2017 Initial Coin Offering (“ICO”) hype, but then this bubble burst and Ether and all tokens crashed subsequently.

After a cooling off period in 2018 and 2019, the models that were being initiated then started to show a higher level of seriousness and industrial grade application level. In 2019 security tokens (“STO”) were thought of being the new answer with some early issuances of prototypes, e.g., Bitbond in Germany. Before that model took off, in 2020 the wave of Decentralized Finance (“DeFi”) washed through the crypto scene and simply showed a stronger growth trajectory for Ethereum’s application landscape at this point in time.

However, both security tokens and DeFi center around some form of cryptocurrency or financial use case. And those are certainly good starting points. They show how to provide value-creating business models that are only possible for the fact that there is a blockchain as a platform that enables unique digital assets. Right now, most of the DeFi applications are still showing a strong resemblance to traditional finance. As soon as the Decentralized Finance model will develop and expand in somewhat unchartered territories with products and services being conceptually more advanced than traditional finance, we’ll be embarking on the journey to smarter and more competitive levels of tokens.

On the other side of the spectrum, traditional financial institutions are slowly but surely adopting security tokens. While Decentralized Finance develops products without a centralized issuer in the shape of tokens, traditional finance wraps their products in decentrally tradable security tokens. Bonds have been a very early version of it, but unfortunately those were more picture perfect, than below the surface perfect. The second round of security tokens, often originating from a real estate financing perspective, learned the lesson, but still rely on a quite traditional approach. Real estate today is defined by bigger ticket sizes, relatively little liquidity and high transaction cost. Beyond the two aspects where a token can immediately compete, i.e. potential fractionalization of ownership and easier tradability of the token itself, we also need an adoption of underlying registries. That will at this time create friction and thereby lessen the advantages of the standardized, scale approach which the tokens represent.

Rather than the real-estate or bond sectors, other areas have been discussed before and they might be easier tokenized at first. That might be rare special goods, such as fine art or old timer cars that usually are traded with low liquidity, little transparency and a strong dependency on a few reputable market makers such as specialized car dealers or art galleries. These assets are not so much hinged on existing registrar systems and are potentially also more open to the gamification aspect that tokens also can entail by design.

There might be some features of tokenization that have a stronger USP in more liquid markets. For example, in stock or commodity trading, the local time zone and opening hours of an exchange still play a significant role. Here a tokenized asset could build momentum on the fact that trading is possible 24 hours per day, 365 days per year. The higher availability can be superior to trading strategies that more and more are focusing on speed and higher turn-over, where also the transaction cost plays a role. Also, traditional patterns will be broken up – endangering some investors, enabling others at the same time.

While the former examples are still a little bit like training a horse to be faster, they all remain a horse with its innate limitations. The game changes as soon as from the mindset of “breeding a faster horse” we innovate into a “horse-power engine” that will jump start and exceed any horse-like limitations and whose speed is outcompeting any existing model.

So what is the engine going to look like? In my perspective, the tokenization will start by understanding the demand of the new client category: machines. Most of our business thinking has centered around catering human needs (aka “breeding a horse”). Our thinking needs to put the machines, servers, cars, utilities into our client focus. How machines produced cheaper and faster are serving their purpose longer and more cost effective, and how in the end are they being recycled more sustainably? How is the financing determined cheaper in light of the new cash flow projections of machines having machines as their client for a pre-determined demand? What type of real estate, logistics, supply chain implications will that have? What about legal ownership? At this point in time, we certainly have more questions than answers to these topics.

In an age of the emergence of knowledge, of the frequent interdisciplinary application of solutions – the combination of network effects, biomechanics, power efficiency, Internet of Things, blockchain and a new way of thinking about business models in combination with token design -to name only a few will create innovation faster than most people expect today. And tokens will have substituted contracts, much faster than it took email to replace letters.

Due to the numerous benefits tokenization offers, an improved regulatory environment, and strong interest from industry players, the future looks very bright for the STO market.