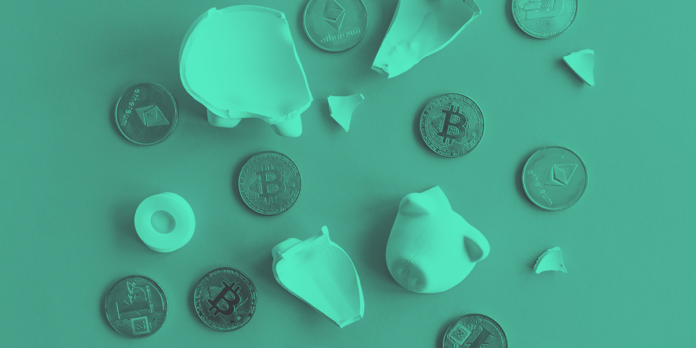 Bitcoin is a technology that has only existed for 12 years and has risen to prominence in an even shorter period of time. As such, there is still a lot of confusion regarding many of its facets, from its economic status, to its monetary status, to its long-term viability.

One under-explored facet of bitcoin is its legal status. Specifically, how can ownership be determined for bitcoin (or other cryptocurrencies)?

The reason we care about this is because there has been increasing scrutiny on regulating bitcoin. In order to have effective regulation, there must be a deep understanding of what is being regulated. If regulators thought the first airplane was able to travel faster than the speed of light, it’s very possible that regulators would have put rules in place that would have crippled the industry.

Similarly, everyone must be on the same page when it comes to understanding the very basics of bitcoin, lest we might see some unnecessarily confusing, contradictory, and industry-destroying patterns of regulation.

Before we can begin to answer the question of how to determine ownership in bitcoin, we must understand what ownership means, review how bitcoin works, and then combine the two concepts together. The short answer is: it’s complicated, but there is a case to be made that nobody owns your bitcoin.

First, a review of what ownership means. There are two senses in which the word is used: economically, and legally. Economically, ownership refers to physical possession—the ability to physically control a good. Legally speaking, ownership entails certain rights and responsibilities. You may or may not need to be in physical control of a good to retain legal ownership.

This distinction was also noticed by the eminent Austrian economist Ludwig von Mises in his 1922 book, Socialism: An Economic and Sociological Analysis:

“Thus the sociological and juristic concepts of ownership are different. This, of course, is natural, and one can only be surprised that the fact is still sometimes overlooked. From the sociological and economic point of view, ownership is the having of the goods which the economic aims of men require… The Law recognizes owners and possessors who lack this natural having, owners who do not have, but ought to have. In the eyes of the Law ’he from whom has been stolen’ remains owner, while the thief can never acquire ownership. Economically, however, the natural having alone is relevant, and the economic significance of the legal lies only in the support it lends to the acquisition, the maintenance, and the regaining of the natural having.”[1]

The distinction can be made clear with an example: you may own a car legally even if you have lent it to a friend for an hour. However, during that hour, your friend is the person who owns the car economically. If your friend does not return your car within the specified amount of time, you can seek legal action against him for theft.

Furthermore, there are some things you cannot own. Economically, you cannot own something that isn’t physical. When we talk about “manipulating ideas”, we are speaking in metaphor. Ideas, information, patterns, etc., are not physical things, and so they are not scarce. As they are not scarce, they cannot be subject to economization: there is no need to economize on the idea that two plus two equals four, as infinitely many people can hold the same idea and it would not diminish in my mind.

It is also crucial to note that economic ownership has nothing to do with “value”. Value can be ascribed to both physical and immaterial things. Diamonds are valuable, but so is a sense of accomplishment. A mosquito has very little value, as does the thought of an alternative reality where everything is the same except we refer to red as “blue” and blue as “red”.

Similarly, legal ownership also has nothing to do with value. You may have legal ownership in objects with little value, such as a stack of dusty old newspapers. You may also be legally prohibited from owning scarce goods that are highly valuable, such as the surface of the ocean.

The key for determining whether something can be owned economically is only whether it is a physical object. On the other hand, while the law can only ascribe rights to economic goods in a fundamental sense (how can you have a legal right to something that you can’t physically control?), the law may ostensibly declare a right to anything.

This discussion may strike some as academic hairsplitting. However, in lieu of strict definitions and rigorous logic, we may end up with analysis by metaphor, simile, and figures of speech—in other words, fantasy storytelling instead of dealing with reality seriously. When these confusions are then applied to cryptocurrencies, serious issues can arise. As all metaphors are imperfect, bad metaphors will give rise to bad arguments in favor of bad regulations, leading to bad results.

Hence, the necessity of wielding the sword of logical consistency against the chaotic dragon of analogy. Armed with this new terminology, we can now analyze what it means to own a bitcoin.

A bitcoin is not a concrete, discrete physical thing. It is a pattern of information, first and foremost, and (just as crucially) it is stored on a distributed, virtual ledger. Specifically, the ledger is distributed among millions of other computers, which share updates about changes in the ledger with each other over the internet.

Furthermore, you do not have full control of what you can do with your bitcoin: you require consensus from other nodes in the network. Those other nodes are other people using their own computers on their own property. They can be located anywhere in the world.

You do not physically own their computers, their property, or the individuals. To “own” bitcoin in any sense would necessarily require your economic ownership of the computers, property, and even minds of other individuals.

What would it mean to legally own bitcoin? To repeat from above, legal ownership gives certain rights to you that creates certain obligations in others. Specifically, it is about returning to the legal owner property that is in the physical possession of someone else.

So let’s say you had one bitcoin, stored on a wallet on your laptop. Then, late one night, Sneaky Suzan breaks into your house, opens your laptop, gets access to your wallet, and transfers your bitcoin to her wallet, then carefully places are your stuff back to their original locations before running out of the house.

Suzan is clearly guilty of breaking and entering, trespass, computer trespass, and other property crimes. But did she steal “your” bitcoin? To figure out if she stole something, we need to figure out who the original owner was. To say you “own the bitcoin”, says patent attorney and legal theorist Stephan Kinsella, implies:

Naively, it would mean that Suzan would have to give you back “your” bitcoin (plus other damages). But what if she spent it already? Would bitcoin miners be obligated to revert back to the point in the blockchain before the theft, creating a new fork? In the view outlined in this article, this is an untenable idea. A much better solution is to give the cash value of the bitcoin at the time to the victim. (The “cash value” approach would also work even if bitcoin became the most commonly accepted medium of exchange.)

A final problem: what if someone, by sheer luck, guesses your private key and is able to access the wallet on your laptop and spend the bitcoins at will. They have not committed any property crime; but neither have they committed a bitcoin crime. They followed the rules of the protocol, and the result was exactly the same as though you had your bitcoin “stolen”.

The legal theorist Konrad Graf has an interesting approach to this: this problem is analogous to a businessman who copies a competitor’s business plan and wins market share as a result. As Graf tells it:

A businessperson Dan sees rival Tim’s more efficient work method by observing from across the road and then begins to emulate it. This increases Dan’s competitiveness. Tim claims he has lost sales, market share, and business value due to this “idea theft.” Tim had a reputation as the market leader. Now, he has been rendered one competitor among others, next to Dan, and it is Dan’s fault. Not only has Tim’s market share dropped, but also his reputation value.

Tim’s legal claim would have to be dismissed according to principles of action based property theory, because the work method that Dan observed and then emulated is not itself ownable. An idea or opinion is not a rival good. Dan did not otherwise trespass or infringe on Tim’s property. Dan observed from a location that Tim did not own and later emulated certain practices that he observed. None of these acts violated a valid property right of Tim’s.[3]

In a sense, “your” bitcoin is only yours because you know the password for transferring it. Nothing else about bitcoin is ownable in the economic sense: it is a pattern of information, it is distributed across many other properties, and those properties necessarily are owned by other people. As a result, it is impossible to legally own bitcoin, as it seems it would require obligations to people you have not met or contracted with. And, as a shocking but necessary conclusion: if no one can legally own bitcoin, then no one can be charged with stealing it, either.

To echo the opening of this article, there is still a lot of work to be done in understanding the legal principles behind bitcoin.