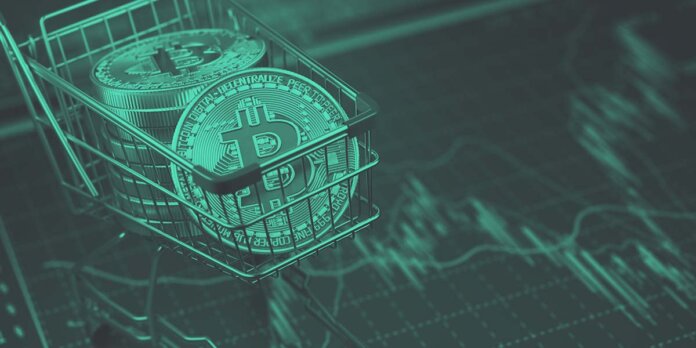 This contribution summarises the recent developments of the regulation with regards to the issuance of security tokens and trading platforms for security tokens in Switzerland and the European Economic Area (EEA), which includes in particular also Liechtenstein.

In September 2020, the Swiss Parliament adopted the Federal Act on the Adaptation of Federal Law to Developments in Distributed Ledger Technology (DLT bill). In the same month, the European Commission adopted several legislative proposals as part of its Digital Finance Strategy. Both regulatory initiatives aim at improving the framework conditions for DLT by increasing legal certainty whilst minimising risks for investors and the financial system.

The Swiss DLT bill will amend existing legislation. For the purpose of this contribution the amendments to securities law and to the regulation of trading platforms and post trading infrastructures are of interest. Switzerland will introduce ledger-based securities and DLT trading facilities. Whilst the provisions enabling the introduction of ledger-based securities entered into force on 1 February 2021, the ones introducing the DLT trading facility are expected to enter into force on 1 August 2021. The DLT bill will be complemented by the Blanket Ordinance in the Area of DLT (DLT ordinance), which will contain implementing provisions.

The European Commission adopted four proposals: The Market in Crypto-Assets Regulation (MiCA), the Pilot DLT Market Infrastructure Regulation (PDMIR), the Digital Operational Resilience Regulation (DORA), and a directive to amend existing financial services legislation. These proposals do not govern whether securities may be issued validly based on DLT but leave this to the national law of the EEA member states. For the purpose of this contribution namely the PDMIR is of relevance, which introduces a pilot regime for DLT market infrastructures. The proposed legislation still needs to pass the legislative process, which could take 12 to 24 months and may entail significant changes.

The Swiss DLT bill explicitly introduces the possibility to issue securities using DLT. This new form of securities is named “ledger-based security”. The legislation proposed by the European Commission does not include such a new type of DLT-based security.

The registration agreement or registration clause must set-out that the rights reflected by the securities are entered into a securities ledger (Wertrechteregister) and may only be claimed and transferred via this ledger.

The securities ledger must ensure (i) that creditors, but not the obligor, have the power of disposal over the rights ref lected on the register, (ii) its integrity by technical and organisational means, such as joint management by several independent participants, to protect it from unauthorised modification, (iii) recording of the content of the rights, the functioning of the ledger and the registration agreement, (iv) that creditors can view relevant information and ledger entries, and check the integrity of the ledger contents relating to themselves without intervention of a third party.

After being duly created, the ledger-based securities will have the same traits as traditional securities. The registered rights can be created and transferred on the ledger only, a party entered as creditor in the register is assumed to be entitled to the right, and third parties may rely on the ownership of right as reflected in the ledger.

If the entity’s articles of association foresee this possibility, shares may also be created as ledger-based securities. The issuing entity will be responsible for selecting the technology of the register on which its shares are created, its quality, and security. It must also ensure that conditions for certain types of shares are adhered to, e.g. for shares with limited transferability, the option to transfer should be limited by the securities ledger.

The following paragraphs summarise some of the legislative initiatives in EEA member states to this regard.

France introduced a DLT ordinance and a DLT decree. The DLT ordinance allows for the issuance, registration and transfer of unlisted equity, debt securities and units in funds, using DLT instead of traditional securities accounts. The DLT decree sets out the technical conditions that must be met by the distributed ledger used to register the securities. The distributed ledger must (i) ensure the integrity of the recorded information, (ii) allow the identification of the owner of the securities as well as the nature and number of securities held, (iii) include a business continuity plan which includes an external data recording system, and (iv) enable the owner of securities to access their transaction statements. Securities within the scope of the DLT order and not traded on a trading venue according to MiFID II may already be issued and traded on a distributed ledger in France today.

On 6 May 2021, the German legislator adopted the Electronic Securities Act, which introduces, inter alia, the possibility to issue electronic bearer bonds. The electronic bearer bonds can be issued by using either a central electronic securities register or a cryptosecurities register. The act also addresses the most urgent civil law questions. Most notably by defining electronic securities as “goods” under German property law, existing civil law principles apply. Further legislative action is expected to introduce DLT-based shares and units in funds at a later stage.

In January 2021, the Luxembourg legislator adopted a law that allows for the issuance of dematerialised securities using DLT-based issuance accounts. This issuance account is used to record the type and amount of securities issued and are maintained by a “central account keeper”, which is subject to a financial market license requirement. Transferring DLT-based securities is already possible today, since licensed account keeping institutions may offer securities accounts operated on a distributed ledger.

The European Commission did not propose to introduce a new type of securities based on DLT. Instead, the form in which securities may be validly issued is governed by the laws of the relevant EEA member state.