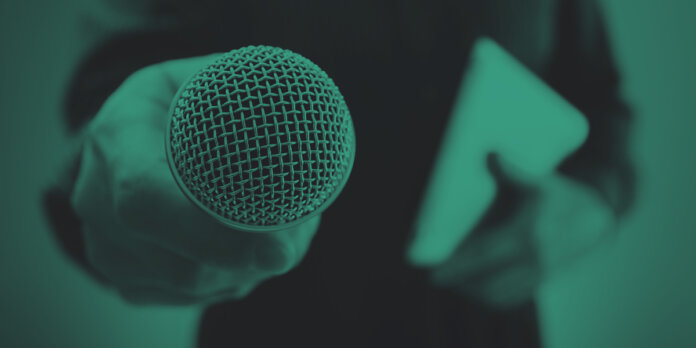 What makes good money and how has the digital age changed the meaning of this term? This article takes a look at the key characteristics of a sound currency and then apply these to the MimbleWimble Coin. We will also speak with the developers of this project and demonstrate how a MWC transaction is executed.

A good money in the digital age must be: (1) recognizable, (2) scarce, (3) censorship resistant, (4) durable & indestructible, (5) extensible, (6) salable, (7) portable, (8) fungible, (9) private, and (10) divisible. However, most cryptocurrencies don’t meet these criteria. In 2019, one of the most talked about coins was “Grin.” However, investors quickly realized that Grin’s high inflation rate and lack of a hard cap on supply was worse than the inflation in the US dollar. This made people wonder why they should buy Grin with US dollars if Grin is a worse store of value. The Grin emission rate is 1 Grin per second indefinitely. There will be 31,536,000 Grin created per year. Currently, there are approximately 43 million Grin. This results in a very low stock-to-flow ratio in the early years. During 2020, the stock-to-flow ratio of Grin is approximately 1.19x or approximately 43,000,000 Grin divided by the new production of 31,536,000. This acts as a transfer of wealth from holders to miners.

Figure 25: The Number of New Coins Created Per Day

Figure 26: US Dollar Value of New Coins Created Per Day

However, MWC has received some pushback from the cryptocurrency community because of how the initial stock was created. According to the whitepaper and protocol, half of the total supply of MWC were to be mined with proof of work mining, and the other half were created in the genesis block. From this initial stock of 10,000,000 MWC that was worthless when created, 2,000,000 MWC were immediately distributed to the developer team, 2,000,000 MWC were allocated to the HODL Program, and 6,000,000 MWC were airdropped to any Bitcoin holders who successfully registered over a three month period and claimed their MWC allocation during December 2019. Over 5.4 million MWC were successfully airdropped for free to Bitcoin holders and at the time had a total value less than $2 million. MWC primarily uses the C31 proof-of-work algorithm and MWC’s new monthly emission from a pure proof of work algorithm is about $500k.

How To Do A MWC Transaction

MWC was created to meet the demand for transferring money online with full privacy because Bitcoin transactions aren’t that private or fungible.2 MWC payments are slightly different to Bitcoin transactions, the least of which being that there are only outputs and no addresses. After all, everything is CoinJoined with Confidential Transactions and then the signatures are aggregated in the blocks.

To get started, you have to download a MimbleWimbleCoin wallet. To provide some context, the other privacy coin, Grin, relies mainly on command line interface tools, but they can be difficult for non-technical people to use. This is why MWC has created a very easy-to-use wallet that can be downloaded here: https://www.mwc.mw/downloads

After you have successfully setup your wallet, there are two main ways to send and receive transactions called the MWCMQS method and the File method. In general, this involves six steps:

Sending and receiving via the MWCMQS method will be most similar to a Bitcoin transaction. However, both the sender and receiver must be able to interact. This means the receiver must be online and listening with the address the sender is attempting to send to. This means you cannot just provide an address and turn off your laptop and go to bed like you can with BTC, LTC, etc.

To get started, open up the wallet and click “Receive” in the left-hand menu. Copy the mwcmqs:// address and send it to your partner. Sending via email or a messaging application is fine. In order for your partner to send you a transaction, your wallet will need to be online and listening (in the lower right the MWCMQS will need to be green) for that specific address.

Once your sender copies in the address that you send them, they can paste in the address on the wallet by clicking on the “Send” option in the left-hand menu. They can also send a message along with the transaction.

Although the MWCMQS method is the easiest method for people that used to send Bitcoin transactions, the most private way to send MWC transactions is with the File method.

To get started, a sender will attach the mwc-payment.tx file to an email and then email this file to the receiver. This covers the first two steps. The receiver must then download the file from the email and then go into their MWC wallet and insert the file. Depending on your operating system, a little box may pop up when you click “Receive mwc by file.” This box will ask you for permission to access files in your Downloads folder. Once you click “OK” you will need to find the specific .tx file that the sender sent you.

Then the receiver needs to email back a new mwc-payment.tx.response file, which will constitute the next two steps. Then, the final step will be finalizing the transaction on the sender’s side. The sender and receiver can check the transaction on the block explorer: https://explorer.mwc.mw/. By clicking in the upper right corner on the Gear, MWC users can see their transactions on the blockchain by double-clicking on the output. What is cool is that only you and the person you transacted know how many MWCs are associated with that particular output.

Fireside with the MWC Team

We want to help humanity exercise their unalienable right to secrecy, or in other words, to have you and your property left alone. This is even more important now that we have tools like Bitcoin and MWC which are based on public-private key encryption.

The MWC network was launched in November 2019 and has functioned flawlessly with 100 % uptime. The MWC team considers the protocol ossified and currently sees no need for a future hard or soft fork unless a defensive action were required to protect the network. We feel the MimbleWimble sector may be neglected, to contain significant disruptive technological innovation potential, and there may be significant information asymmetry in the market. This type of technology is especially important in the age of surveillance.

Disclaimer: The author of this article owns MWC.