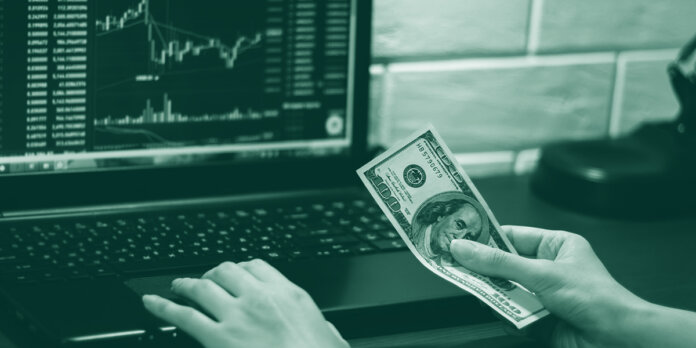 Since the beginning of the year, the market capitalization of the Stablecoin Tether (USDT) has risen significantly. This once again raises various questions that have caused some controversy around Tether in the past. What is the extent to which Tether is backed by real US dollars? Is there a correlation between the market capitalization of Tether and the price of Bitcoin? For what purpose is Tether mainly used?

In September 2018, US Tether (USDT) reached a temporary high in market capitalization of just over $ 2.8 billion. By mid-November, market capitalization then dropped to below $2 billion. This correction was followed by a fall in the price of Bitcoin to almost $ 3,000 per Bitcoin shortly before the end of the year.

Today, the price of Bitcoin is once again higher, and the market capitalization of Tether has also risen continuously since then to over $8 billion. Not only has the outstanding amount of Tether hardly ever fallen, not even temporarily, but the issuance rate of new Tether has also shown sudden, erratic increases since the beginning of this year; a total of three in number, each greater than the previous one.

As one of the big black boxes of the crypto world, many secrets and speculations surround Tether, further fueled by these abrupt growth spurts in market capitalization. Aside from the rumors and speculation, USDT is still regarded as a so-called on-ramp for investors to easily and quickly invest in Bitcoin.

It’s a fact that Tether has been used as a gateway into the Bitcoin world. However, if Tether was an on- and off-ramp, then the market capitalization of Tether would in theory have to fall every now and then, because USDT would have to be burnt at intervals by the Tether Treasury when holders cash back out into fiat or go into Bitcoin. Since, the market capitalization of Tether has risen steadily over the past 18 months without significantly falling even once, this suggests that Tether is essentially not acting as both on-and off-ramps.

The argument against this is that the demand for Bitcoin is very volatile. During the last two years, there have been repeated periods when Bitcoin’s price fell, while Tether’s market cap remained the same or even went up. If USDT were used primarily as an on- and off-ramp, its positive correlation with Bitcoin would have to be much stronger. This isn’t the case, especially since there are even indications that the correlation is negative. This leads to the conclusion that something else more serious is afoot.

For example, some market observers suspect that USDT is being created without collateralization. So, Tether would be created specifically by Tether Limited and its parent company BitFinex and held in fractional reserves in order to drive up the Bitcoin price, so the argument goes.

This way the critics argue that BitFinex is trying to generate excitement among retail investors, which would then turn into a hysteria of FOMO leading up to a new Bitcoin bull run. This is how some analysts explain the fact that on May 14, a few days after the Bitcoin-halving, the Tether market capitalization suddenly rose from just over $6 billion to almost $9 billion.

What sounds like a conspiracy theory to some, others consider to be a fact: After all, the two companies BitFinex and Tether Limited would have strong incentives to run such games. As the New York Secretary of Justice pointed out, only about
70 % of outstanding Tether is secured by cash and cash equivalents. This hole when it comes to collateralization, according to the skeptics of Tether, could of course be filled up step by step if Bitcoin stabilizes at a higher level supported by private investors. The collateralization that BitFinex partly holds in Bitcoin as well would then have more value that could be sold for dollars and improve the reserve ratio.

Tether as a Savior

Another hypothesis to explain the abrupt rise in Tether market capitalization on May 14 is that BitFinex is going out of their way to secure the survival of certain miners with USDT loans. Bitcoin miners today operate highly specialized ASIC processors, of which two different ones are currently in use: the Antminer S9 and the Antminer S17.

The major difference between these two mining hardware devices is mainly their different efficiency. Although the S17 has about 50 % higher power consumption than the S9, a miner using the former achieves a 300 % higher hash rate. As a result of this higher efficiency, Antminer S17 accounts for a much higher share of Bitcoin mining, at just over 61 %. The use of the S9 type is just over 38 %.

And it is precisely these miners, so the argument goes, that are dependent on support, as they have become unprofitable after the halving. However, in order to not have to empty out their Bitcoin treasuries and generate downward pressure on the Bitcoin price, these miners could be buying time with USDT loans – time to renew their hardware equipment that had become unprofitable.

Speculations and theories of this kind always sound tempting. It is also difficult to refute them completely. But it is just as difficult to provide definitive evidence. In the end, it is argument against argument.

What stands against the BitFinex miner thesis is the fact that miners today are farsighted, long-term invested players. As rational players in a very competitive, highly innovative and little-regulated field, it can be assumed that precisely those miners with older Antminer S9 have taken precautions. They could have moved to a location with much lower electricity costs so that their Antminer S9s are still profitable even after the block reward was halved.

Again, there is friction and uncertainty in the real world. Not knowing the unpredictable could have caused miners to miscalculate long-term contracts with electricity providers, which is why they cannot easily relocate mining farms overnight. It is and remains a fact: We can only speculate about what is really the case.

Many years ago, observers in the crypto scene voiced their suspicion that the Stablecoin Tether (USDT) was not 100% covered by actual US dollars. While concrete information confirming these suspicions has repeatedly been the subject of discussion in the crypto media in the past, it is not certain to what extent this information can be transferred to the current situation. Due to the strong increase in Tether since the beginning of the year, it should be avoided to postulate a 1:1 correlation to older news.

Real-World Use and Adoption of Solana

What is DeFi currently lacking and how can we overcome it?